LOVE This review of HANNAHWHERE!

Hannahwhere is a rare treasure for a first novel. John McIlveen began his writing career in the horror genre, but his work has always danced on the edges of the magical. Although popular authors such as Stephen King and Neil Gaiman have experimented successfully with an array of genres and genre hybrids, a relative newcomer with a genre-blending book faces more of a challenge in drawing readers’ attention. John McIlveen has written a book deserving of that attention. The characters maneuver through the pages in fluid fashion, growing into people so believable that it is nearly impossible to contain them. The story and style will take your breath away, fracture your imagination, and carve open your heart.

Set in modern Boston, Hannawhere centers on young Hannah, who is found behind a dumpster, physically healthy but catatonic, two years after she and her twin witnessed a brutal murder in Nebraska. She has obviously been the victim of terrible trauma, and is trapped in an alternative fantasy world that is strange and claustrophobic, yet still inviting,  Hannah’s social worker, Debbie Gillan, enters and tries to save Hannah and find her twin, changing their lives and everything they thought they knew about reality. To say more about the plot would destroy the magic within the covers.

This creep down the rabbit hole will leave many in wonder, often with a tear in their eye. McIlveen has shown that boundaries are for those who refuse to knock the walls down… No such boundaries exist in Hannahwhere. Highly recommended. 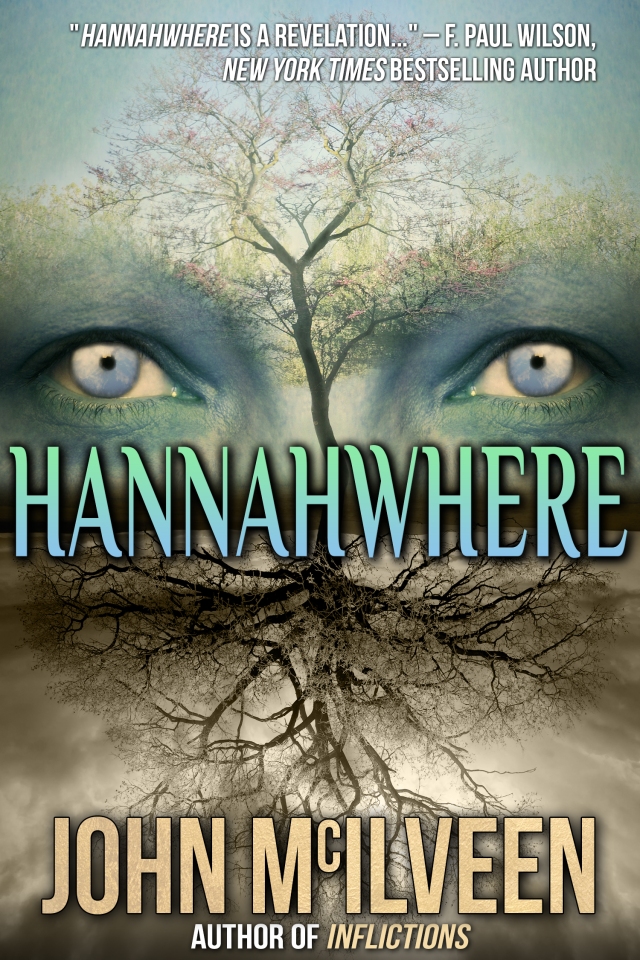 John M. McIlveen is the author of the paranormal suspense novel, HANNAHWHERE (Winner of the 2015 Drunken Druid Award (Ireland) and Nominee for the 2015 Bram Stoker Award. He is also the author of two story collections, INFLICTIONS, and JERKS AND OTHER TALES FROM A PERFECT MAN and the well-received novelette GOT YOUR BACK. A father of five daughters, he works at MIT's Lincoln Laboratory, CEO and Editor-in-Chief of Haverhill House Publishing LLC, and lives in Haverhill, MA with his wife, Roberta Colasanti.
View all posts by John M. Mcilveen →
This entry was posted in Uncategorized. Bookmark the permalink.